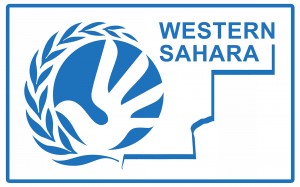 In this April 2015 the Security Council of the United Nations will meet to renew the mandate of MINURSO ( UN Mission for the Referendum in Western Sahara ) . This is the only special UN mission without skills in monitoring human rights, and all are known abuses by Moroccan authorities against the Saharawi population in the occupied territories. You can help protect the lives and human rights of the Sahrawi people, by signing this petition !

Just fill in your details on the form and give the » Send » button.

To the Member States of the United Nations Security Council, in the context of the forthcoming Resolution about Western Sahara in April 2015

After 55 years of the Declaration on the Granting of Independence to Colonial Countries and Peoples and in the midst of the period 2011-2020, declared Third International Decade for the Eradications of Colonialism by the General Assembly.

Forty years have passed since the abandonment of Western Sahara by Spanish Government, and the advisory opinion of the International Court of Justice in The Hague. Nowadays, Western Sahara is considered a Non-Self Governing Territory, awaiting decolonization, submitted to an illegal occupation by the Kingdom of Morocco.

It is incumbent on the United Nations and its Member States an explicit commitment on decolonization matters. The Security Council has the highest and urgent responsibility in finding a fair and lasting solution, which respects the free will of Western Sahara people during 2015, as it is the deadline indicated in the last Resolution of the Security Council and because of the urgency that the reality on the ground requires.

We call on the Member States of the Security Council:

TO GUARANTEE the urgent need to protect Human Rights, through a fair and transparent mechanism included in the MINURSO mandate that can assume the requirement for supervising and monitoring the effective implementation of the fundamental rights of Saharawi people.

TO ENSURE the protection of the Natural Resources of the territory as long as the final status of Western Sahara had not been decided.

TO MAKE PRESSURE with effective and real measures, to enable Saharawi people to exercise their inalienable right to self-determination in a free referendum as soon as possible.