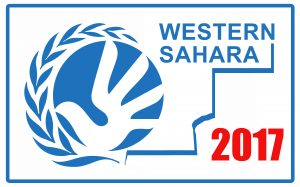 In this April 2017 the Security Council of the United Nations will meet to renew the mandate of MINURSO ( UN Mission for the Referendum in Western Sahara ) . This is the only special UN mission without skills in monitoring human rights, and all are known abuses by Moroccan authorities against the Saharawi population in the occupied territories. You can help protect the lives and human rights of the Sahrawi people, by signing this petition !

Just fill in your details on the form and give the » Send » button.

The United Nations Mission for the Referendum in Western Sahara (MINURSO) was established by Security Council Resolution 690 (of 29 April 1991), in accordance with the settlement proposals accepted by Morocco and the Popular Front for Liberation of Saguia el-Hamra and Rio de Oro (Frente POLISARIO).

The settlement plan, as approved by the Security Council, established a transition period to prepare for the holding of a referendum in which the people of Western Sahara would choose between independence and integration with Morocco.

The MANDATE of MINURSO, established by the Security Council that determined its powers and which – in an incredible and unacceptable way – does not include the monitoring of the human rights situation in the territory, it includes, among other functions, monitoring of the ceasefire and the realization of a «free and fair referendum«.

26 years after its creation, MINURSO has not fulfilled its main function of organizing the referendum agreed between the parties, and during the present month of April of this year 2017 in the Security Council of the United Nations is planned the debate about its continuity, competences and functions.

FOR THIS REASON THE UNDERSIGNED DECLARE:

1.- We urge the SPANISH GOVERNMENT, in consideration of its moral, legal and historical responsibility, and as a committed member of the Group of Friends of the Secretary-General for Western Sahara, to:

2.- WE REQUEST to the United Nations Security Council to assume its responsibility in the search for a fair and definitive solution to ensure a «free and fair referendum» and to take actions against the expulsion of the civil and political component of MINURSO which makes it impossible the development of the functions provided.

3.- We demand a full compliance of the verdict of the High Court of Justice of the EUROPEAN UNION, issued on December 21, 2016, which considers Western Sahara as a «third party» that is not under the sovereignty of Morocco, confirming, in this form, the doctrine of the UN in favor of the self-determination of the Saharawi People.

4.-WE REITERATE the call contained in the new United Nations AGENDA 2030 for «further new and effective actions, in accordance with international law, to remove obstacles to the full realization of the right to self-determination of the peoples who live under colonial and foreign occupation and who continue to negatively affect their economic and social development and their environment. «